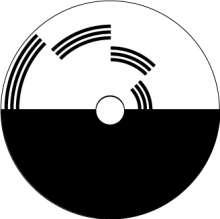 Fig. 1: Benham's Disk. Named after Charles Benham, who sold toy tops with designs like this one painted on them. Click on the thumbnail image to jump to an animation of Benham's disk by Michael Bach at Freiburg. Requires Flash Player.

In 1894, Charles Benham designed a false color illusion, which he marketed as a toy top painted with the pattern shown in figure 1. As the black and white pattern rotates, most people perceive faint colors from the narrow stripes.

activity — Benham's Disk
You can make your own version of Benham's disk by printing out the attached file and gluing or taping it to an old compact disk that you no longer need. Take a size 1 rubber stopper with a hole in the middle (or a similar sized cork that you drill), put the stopper in the CD and stick a short pencil through the stopper. If you are drilling a cork, you may choose to leave the drill bit in the cork instead of a pencil. Now you have a top you can spin. Try it at different speeds, both clockwise and counter-clockwise, and under different illuminations, to see different colors.

As the pattern in figure 1 is rotated, most people can see the four sets of stripes take on different pale colors. If the rotation is clockwise, the most typical colors are (from innermost ring to outermost)

When the rotation reverses, so does the pattern of apparent colors: the innermost ring becomes dark blue and the outermost becomes red. The colors vary noticably with illumination and rotation speed, but under most normal daylight conditions, the most saturated colors are achieved with a rotation speed in the range of 5 to 10 revolutions per second.

Michael Bach at Freiburg has made a very elegant animation of Benham's top, which you can go to by clicking the thumbnail image of figure 1. (Be sure to also check out his full collection of fabulous optical illusions.)

Early efforts to explain the appearance of Benham's colors incorrectly suggested that the color arises from variable latency in the different types of color cones of the retina. ("Latency" refers to the lag time it takes for a visual signal to be produced after light strikes the retina.) Some modern texts continue to propagate this mistaken idea.

According to the latency explanation, the three different types of color cones respond at different rates. When light hits the retina, some cones respond faster than others (red sensitive cones are believed to respond faster than blue or green cones). The first type of cone to respond sends its color signal to the brain before the other cones catch up, thereby giving the impression of a colored image.

It's fairly easy to discredit this explanation of Benham's colors. If a difference in cone latency were the full explanation, the perceived colors should depend only on the frequency of changes between light and dark. In particular, they should not depend on the direction of rotation; at any given radius, the fraction of time the region is white and the fraction of time it is black is the same no matter which direction the top is rotating. The fact that the colors change when the rotation is reversed suggests the effect must depend on more than just the time spent in white and black regions.

Research in the 1990's1 suggested that Benham colors depend on the changes between black and white stripes relative to changes of the background (as well as the frequency of both). In one direction, the stripe will change from black to white shortly after the background changes from black to white, and in the other direction the stripe will change a longer time after the background changes. As the rotation reverses, this observation suggests that the colors should swap between inner and outer rings, as they appear to do.

Observations also indicate that the area surrounding the stripes plays an important role. If the stripes are very broad, the apparent colors are restricted to the inner and outer edges of the stripes. Only thin stripes give a complete impression of color.

For an audience with a long enough attention span, try some variations in the Benham experiment. To best record the colors that people see, ask them to match colors to a set of color chips (see under "further resources" for a source of color chips).

Accurate color comparisons between different observers is best done with a set of standard color charts. You can use the popular Munsell system of color chips or the RGB or CYMK systems popular with computer displays or printers. A good set of RGB colors is available at http://www.rapidtables.com/web/color/RGB_Color.htm.