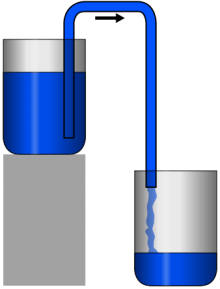 Fig. 1: Diagram of a siphon. Liquid from the left beaker climbs through the tube, up over the rim and down into the beaker on the right. 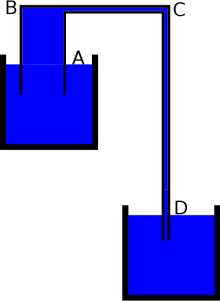 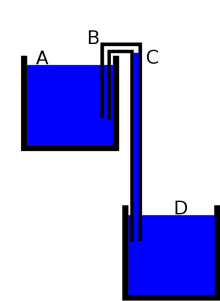 Fig. 3: Siphon with a bubble in the tube. This siphon will pull the bubble to the right and down into the lower reservoir, while pulling more liquid up into the tube from the upper reservoir. Cohesion between the liquid in the two halves of the tube is not necessary for the siphon to work. 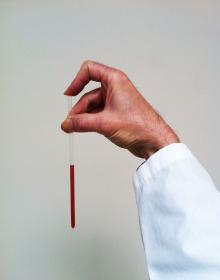 Fig. 4: Cherry juice held in a straw by air pressure. 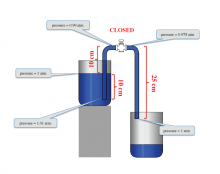 Fig. 5: Water siphon with closed valve. Air is at atmospheric pressure at the surface of the upper reservoir and at the output of the tube on the right. Pressure changes by about 1% atmosphere for every 10 cm of water height, as indicated. Therefore, pressure is higher on the left side of the valve than on the right. When the valve is opened, water will flow through the valve from left to right.

Siphons have been around since at least 1500 B.C., when they were depicted on Egyptian reliefs. They can seem to defy gravity, allowing liquid to flow uphill, and they offer a startling glimpse into the way gravity and air pressure work, but they are often misunderstood.

not the way siphons work

Another incorrect explanation claims that siphons depend on cohesion (see our lesson on Cohesion and Surface Tension) between liquid molecules to pull liquid through the siphon tube.1 This explanation can be proven false by leaving an air bubble at the top of a siphon tube, and observing that the siphon will pull the bubble through the tube and continue to siphon liquid from the upper reservoir (figure 3).

The true mechanism behind the siphon depends on air pressure to push liquid up into the siphon tube.

It should be clear from this description that there is a maximum height to the column of water that can be supported by atmospheric pressure. If the column of water in a straw is so big that the pressure from gravity is more than one atmosphere, then air pressure from below cannot hold up the water, even if there were no air at all at the top of the straw. For water, this maximum height is a little over 10 meters ($\approx$ 34 feet). For mercury, which is the densest liquid at room temperature and pressure, the maximum height is about 76 cm. Mercury barometers use this fact to measure fluctuations in atmospheric pressure.

a better explanation of siphons

In light of the maximum height limit of 10 meters for a water siphon, it may seem puzzling how a tree can transport water much higher than 10 meters to its leaves. The Veritasium group provides an entertaining and illuminating explanation of this phenomenon at http://www.youtube.com/watch?v=BickMFHAZR0.