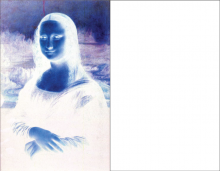 Fig. 1: Click on the thumbnail above to see the full-size image. Stare steadily at the nose of the figure for at least 20 seconds and then shift your gaze to the white area on the right in order to see the negative afterimage. 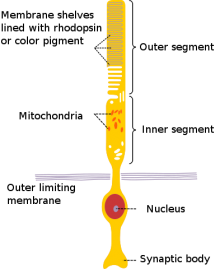 Fig. 2: Schematic of a photoreceptor. Image made available by Madhero88 at WikiMedia Commons through the CC-BY-SA license.

Fig. 3: Yang and Yin. Stare steadily at the YinYang symbol for at least 20 seconds and then shift your gaze to the white area on the right in order to see the black and white regions switch.

Fig. 4: Complementary color flag. Stare at the flag for several seconds and then shift your gaze to the right to see the familiar red, white, and blue.

Try this experiment. Sit in a dark room and crank up the brightness on your computer screen. Click on the thumbnail image of figure 1 to bring up the full-size image. Stare at the nose of the figure for at least 20 seconds. It's important to keep your gaze very steady during this time and not let your eyes wander. Then shift your gaze to the white area on the right. Blink your eyes rapidly. You should see a full-color image of a very famous lady. This effect is called a negative afterimage, and it is a result of chemical processes in your retina.

In the back of your retina, photosensitive cells respond to light by generating a signal that is sent to your brain. These photoreceptor cells come in four varieties: rods, which are used for black and white vision in dim light, and three types of cones, which are used for color vision in bright light. Figure 2 shows a schematic of a generic photoreceptor cell. In the outer segment of the cell are many disks made from a chemical that is sensitive to light. The chemical is slightly different in the four different types of photoreceptors and is sensitive to different colors of light, but in all cases it is constructed from a combination of retinaldehyde (a.k.a. retinal, derived from vitamin A) and a protein (opsin in the rods and photopsin in the cones). When this chemical absorbs light, it changes its molecular shape and generates an electrical pulse that travels the length of the cell to the synapse, where it causes a chemical signal to be transmitted to a neighboring neuron. The neuron generates more signals that are ultimately transmitted to the visual cortex in your brain. Your brain collects all these signals from all the photoreceptors in your eyes to reconstruct the image of what you are looking at.

During the bleaching process, some of the photochemical is used up, and the photoreceptor is temporarily less sensitive to light. If the entire retina is subsequently exposed to a uniform white background, photoreceptors that have previously undergone bleaching will not put out as strong a signal as other unexposed photoreceptors. Consequently, the brain will perceive that portion of the visual scene as dark. This mechanism is a primary cause of negative afterimages.1

Figure 3 shows how a simple black and white image is reversed in a negative afterimage. After staring at the Yin-Yang symbol for several seconds, the photoreceptors that see the white portion of the image are desensitized. The photoreceptors that see the black portion of the image remain fully sensitive. Then, when the view is shifted to the uniform white field on the right, the photoreceptors that were previously desensitized put out a smaller signal, indicating a dark region, while the photosensors that were previously in the dark now respond fully, indicating a light region. Yin-Yang turns into Yang-Yin.

When the different types of cones are desensitized through bleaching, the resulting afterimage shows up in complementary colors. Figure 4 demonstrates how this works. When you stare at the cyan-colored stripes, the blue and green cones are both desensitized. Afterwards, when staring at a white background, the blue and greed signals are supressed relative to the signals from the red cones, and the afterimage appears red. When you stare at the yellow background, the red and green cones are desensitized, and the afterimage appears blue.

Our perception of the colors in afterimages is a little more complicated than the simple story we tell here. There are other neural mechanisms that contribute to negative afterimages, and which is the dominant effect is the source of some debate. Photoreceptor activity (and inactivity) in the retina certainly plays a role in producing aferimages, as we say. However, as early as the 1970's, evidence2 suggested that additional color processing in the brain alters our perception of afterimage colors a little bit from what we might expect. Careful research3 in the timing of afterimages has suggested that ganglion cells, which carry the visual signal to the optic nerve, may also play an important role.

All the images presented here work well on a projector in front of a large class. The attached file contains the images interspersed with white screens so that it is easy to switch from image to afterimage.

The Webvision article by Helga Kolb provides a detailed description of photorecptor structure and behavior, with many excellent images.

A thorough technical discusson of the visual system is contained in Hall, John E. The Guyton and Hall Textbook of Medical Physiology. Saunders, 2010. An excerpt on the photochemistry of vision is available online.