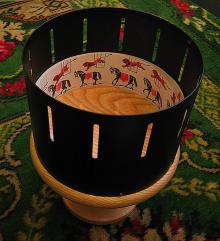 Fig. 1: Replica of a Victorian zoetrope. 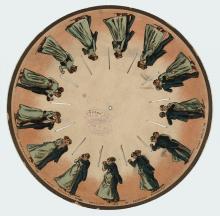 Fig. 2: Phenakistoscope disk from 1893 by Eadweard Muybridge. An animation of the image can be found here.

Before movie projectors came along, there were several technologies for animating a sequence of still images. One of the most popular was the zoetrope, which used a strip of images on the inside of a rotating cylinder. Slots were cut out of the top of the cylinder so that the user could look through at the images on the opposite side of the cylinder. As the cylinder rotated, one image after another was displayed in rapid succession. Figure 1 shows a replica of a Victorian zoetrope.

The attached file below contains a zeotrope strip of 12 frames of a horse jumping. The strip is derived from a famous 1904 strobe photograph by Eadweard Muybridge, made available at Wikimedia Commons. Assemble your own zoetrope by printing out the strip on legal size paper and fitting it to the inside of a cardboard cylinder. The strip is 12 1/8 inch long, which is just right for an oatmeal box (18 oz size) or coffee can (13 oz size) — but you'll want to make sure the image is not rescaled during printing. If you are working with a different size cardboard cylinder, just rescale accordingly when you print; the strip should just fit around the inside perimeter.

Cut off the top of the box and cut out the slits in the carboard where indicated on the strip. The animation strip should sit below the slits as in figure 1. Stick a push pin through the bottom of the box and into the eraser end of a pencil or into a wooden dowel. The pencil will act as your handle. Now spin the box as you look through the slits. The images should appear to animate as they fly by.

You can build a more stable zoetrope with smoother action using a kitchen turntable, also known as a lazy susan. Inexpensive plastic turntables can be found with diameters 6 to 24 inches. Pick one up at your local housewares store, or search online. Paste your zeotrope strip onto stiff paper and form it into a cylinder that stands up on its own. Place it on the turntable and, if necessary, use modeling clay or erasers to help hold it in place. This technique is especially useful if you want to let an entire class make their own zeotrope strips, but you don't want to eat a mountain of oatmeal. One or two turntables will allow everyone in the class to ... heh, heh ... have their turn.

The zoetrope presents a sequence of still images in rapid succession, interspersed with moments of no image when the view is blocked. If the images change slowly, our brains perceive them as static images, but if they change rapidly enough, our brains do not process the change and instead interpret the sequence as continuous motion. As a rule of thumb, images that change faster than 16 times per second are perceived as continuous motion. Movie projectors, which work on the same principle, use frame rates of 24 frames/second or higher for that reason.

The sense of motion is enhanced if there is a resting period between images. During this time, usually only a few milliseconds, the eye retains a positive afterimage as the photosensors in the eye continue to produce a signal. (See our lesson on Positive Afterimages for more details.) Accordingly, movie projectors show a dark screen lasting 7 to 10 milliseconds while the frame is changed. The zoetrope accomplishes the same effect while moving from one slit to the next.

The phenakistoscope (a.k.a. phantascope) is another vintage technology very similar to the zoetrope. In the phenakistoscope, the images are printed around the perimeter of a disk with slots cut into it. Figure 2 shows a famous 1893 phenakistoscope disk. The viewer spins the disk in front of a mirror and looks through the slots as the disk rotates. Click on the thumbnail image in figure 2 to see the animation as it appears in the mirror. 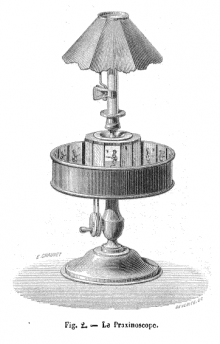 Fig. 3: The praxinoscope, invented by Émile Reynaud in 1879.

The phenakistoscope was invented almost simulaneously in 1832 by Joseph Antoine Ferdinand Plateau and Simon Ritter von Stampfer (following studies done by Michael Faraday), but the device did not catch on with the general public until the 1860's. Plateau coined the name "phenakistoscope", from the greek φενακίζω (phenakizō) to lie or deceive. Plateau was the first to realize that a frame rate of at least 16 images per second was required for a sense of continuous motion, and that there had to be a resting period between images for a perfect illusion.

The zoetrope was introduced in 1834 by William George Horner1. Horner originally dubbed his invention the "daedaleum" (literally, wheel of the devil). In 1887, William F. Lincoln introduced the device to America under the name "zoetrope", from the Greek ζωή zoe ("life") and τρόπος tropos ("turn").

In 1879,  Émile Reynaud invented the praxinoscope, a device that combined features of both the phenakistoscope and the zoetrope to produce an image of a rotating cylinder viewed through a set of rotating mirrors. In 1872, Reynaud further refined his invention to produce a the projecting praxinoscope, which could project moving images onto a screen.

In 1888, Thomas Edison patented a motorized version of the Zoetrope called the Kinetoscope, which projected a series of photographic images.

The Bill Douglas Cinema Museum at the University of Exeter posts brief descriptions of thaumatropes, zoetropes, pheakistoscopes, and praxinoscopes, including a nice discussion of animated toys.

Thomas B. Greenslade, Jr. at Kenyon College has posted a marvelous library of photographs of early animation equipment, including photos of zeotropes, phenakistoscopes, and praxinoscopes.

The Museum of the History of Science in Oxford contains an exhibit called Fancy Names and Fun Toys, which includes many animation toys.